The devastating Boko Haram conflict in northeast Nigeria, now in its 11th year, has claimed the lives of several thousand people, displaced more than 2.3 million and has left at least 7.7 million people in need of urgent humanitarian assistance. Although the government has had some limited successes against the insurgents in recent years, violence persists and fundamental unresolved conflict issues remain.

The bloodshed perpetuated by Boko Haram has created and exacerbated deep social and psychological wounds. The majority of people in the region are extremely reluctant to accept former fighters back into communities in light of the severity of the violence, and widespread fear and mistrust remains. Additionally, on account of purported human rights abuses and their perceived appropriation of power, tensions are increasingly commonplace between traditional powerbrokers and local militia groups. These groups are widely considered crucial in the ongoing fight against Boko Haram.

At present, Nigeria lacks a comprehensive demobilisation and reintegration strategy for these militia members, as well as a coordinated and inclusive approach to reintegrating persons associated with Boko Haram.

In Nigeria, Conciliation Resources, the Centre for Humanitarian Dialogue, International Crisis Group, The Center for Security Studies at ETH Zurich, the Behavioural Insights Team and Chatham House have come together to form a Consortium that will be tasked with implementing the Smart Peace project. Together, we are creating stronger relationships between the different groups involved in the conflict, and fostering peaceful coexistence among militia groups, and between militia members, people associated with Boko Haram and communities.

We are improving the skills and knowledge of communities of how to respond to violence, and promoting effective collaboration between the different levels of government, and between government, militias and communities. Through bringing these different groups together to discuss the issues we are helping to build trust, tackle prejudice and peacefully address different grievances.

Through sustained contact with the government and officials at state, federal and international levels, we are supporting the development and implementation of policies on reconciliation and reintegration.

Our work is driven by the needs of communities and it takes account of gender and other dynamics of the conflict. Our collective approach means that we use the various skills and experiences of consortium partners to undertake in-depth analysis of the conflict; assess the best approaches using behavioural insights; and continually adapt our work to respond to the changes in the situation and assessments of our work that we make. 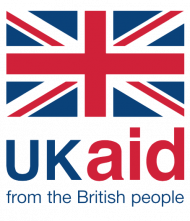