The Central African Republic (CAR) has been affected by chronic, protracted conflict and insecurity for more than 50 years. Landlocked and bordering other conflict-affected countries - Chad, Democratic Republic of Congo and South Sudan - the conflict in CAR is one of the most under-reported and underfunded emergencies in the world today. Human rights abuses, displacement and inter-communal violence are widespread. In August 2017, the UN warned that renewed clashes displayed early warning signs of genocide.

"Local authorities dismiss young people as unimportant, ignorant and troublemakers, while many policy approaches regard them as potentially dangerous subjects and part of the problem."

Limited access to sufficient economic, educational or social opportunities leads to increased re-enrolment in armed groups and undermines attempts to bring about a peaceful resolution to the conflict. The lack of education and employment opportunities, accompanied with widespread displacement, present a continued risk of recruitment by armed groups. Despite these barriers to their meaningful participation in peacebuilding, grassroots youth are well placed to contribute to high quality analysis and experience-based responses to conflict, as they have extensive networks within their communities and an in-depth understanding of local dynamics.

With training and support in conflict analysis, conflict mediation and advocacy, youth groups can play an essential role to respond to community security threats, prevent conflicts, and share lessons and experiences with policymakers at local, provincial and national level.

Alongside War Child UK and our local partners, we are working with over 600 young people living in two of the areas most affected by displacement and insecurity, Ouham and Ouham-Pendé. We believe that peacebuilding initiatives will have more success if youth have improved economic prospects as an alternative to violence. This is why we are working with groups of young people to develop the skills required to start their own business or find meaningful employment through theoretical/practical education.

During the project we are training over 120 youth in conflict prevention and peacebuilding techniques, helping them to gain practical skills to identify and analyse key conflict drivers in their communities and develop intervention strategies. The youth are learning consensus- building techniques allowing them to mediate local disputes. On completion of their training, we will support youth groups to conduct a gender-sensitive mapping of local conflict dynamics and actors, presenting their findings at workshops.

In parallel, the project aims to build the coping skills, psychosocial wellbeing and resilience of youth so that they are better able to capitalise on these opportunities whilst dealing with the challenges of their situation. Over 500 youth who have formerly been associated with armed groups are participating in personalised psychosocial support. Caregivers will also be invited to workshops designed to build skills that enable them to better support their children’s reintegration and active participation in community life.

This work is being led by Conciliation Resources’ local partners - Femme Homme Action Plus and Association pour l’Action Humanitaire en Centrafrique. This project is part of our ongoing work to support youth inclusion in peacebuilding. 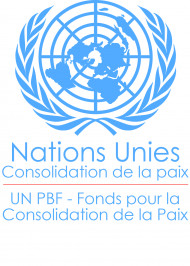 This project is funded by the UN Secretary-General’s Peacebuilding Fund (PBF). This is the organisation’s financial instrument to sustain peace in countries or situations at risk or affected by violent conflict.